My high school English teacher called them “deadwood.” I’ve heard them called “inflation words,” “filler,” “fluff,” “clutter” and “couch potato words.” You probably have another pet name for them.

They’re the words you almost never need in a sentence. They occupy space, trip tongues and take readers down a long, winding path when a short, straight one would do.

Many exist, but a few grind my gears, because they show up in everything I edit. Once you commit this list to memory, they’ll jump off the page, and you won’t believe you ever deigned to include them before.

5 words you (almost) never need in a sentence

Cut these from your writing! Here are five words you never need in a sentence.

Writers use “different” often to indicate variety, but I rarely encounter a “different” I can’t cut from a sentence without changing the sentence’s meaning.

The words “types,” “segment” and “options” each imply difference, so the word is unnecessary. And the sentences are sharper without the redundancy. Notice the cut “several” in the third example, too. It’s just another way to say “different,” so that original sentence is drowning in fat.

I built this into my routine years ago after getting this self-editing tip from TWL’s founder Alexis Grant: Nix “that.”

It rolls off the tongue when you speak, but it clutters your written sentences. Plus, it’s easy to cut: Literally CTRL+F your document for “that,” and cut it anywhere you can without convoluting your sentence.

In rare cases, “currently” may help clarify what is now versus another time. But most of the time, a simple present-tense verb will do the trick.

Confoundingly, these words are vague, which makes them useless to most sentences. I can’t tell whether writers use them in an attempt to narrow the definition of a noun or for emphasis. Either way, they don’t work.

Cutting these will strengthen a sentence, but replacing them with a more precise modifier will do even better.

Instances of these adverbs abound, but here are a few examples and alternatives, from simple to I-obviously-own-a-thesaurus.

This article was originally published in Notes newsletter, a monthly selection of pet peeves, warnings, advice, secrets and pro-tips for pitching, writing and — above all — keeping editors happy.

The post 5 Words You Almost Never Need in a Sentence appeared first on The Write Life. 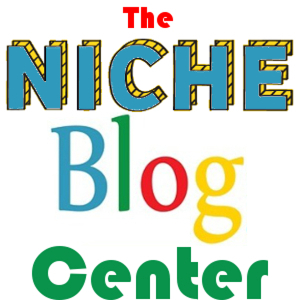