When I finally started writing a memoir, the story had been hiding in my brain for a decade,Â percolating without me knowing it.

Back in middle school, I dated a guy, and it turned into a seven-year, mildly abusive relationship.

A decade after it ended,Â my mother mailed me the dozens of worn journals I kept during that time. I spent almost every morning for weeks poring through them. When I realized this story could be a memoir, I had a rush of excitement I havenâ€™t felt in a long time.

How to start writing a book

Like all writers, Iâ€™m a rabid reader, devouring anything from bestsellers to crime to nonfiction to fantasy to YA to obscure self-published novels. And while Iâ€™ve been writing for the entirety of my life, I knew nothing about writing a book.

I didn’t even know how to start writing a book, or where to, literally, begin.

Should I start at the beginning of the story and end at the end? Should the book be a series of flashbacks? Should I write the last page first? Do I outline? Do I transcribe my journals? Or do I just sit down and start with whatever comes out?

So here’s how to start writing a book. Or, at least, here’s what I tried, and what did — and didn’t — work for me.

The first thing I did was search Amazon for â€œhow to write a book.â€� Heck, maybe you did that to land on this post!

The first promising result was Stephen Kingâ€™s On Writing, a fantastic memoir-slash-rant on bad writing. If you havenâ€™t read it, do so.

But while King helped me understand the importance of daily writing habits and slaughtering adverbs, his approach scared me. Apparently King just sits at his desk and starts telling the story, a story with characters who magically write themselves, a story that simply takes on a life of its own, beginning to end.

So that’s what I tried.

Step 2: Sit down and see what happens

I sat down and tried to write the first scene of my story. Two problems promptly (ugh, adverb, sorry) presented themselves:

I was at my friendâ€™s birthday party and Tom was sitting across from me. Someone dared us to kiss. I blushed. Tom leaned forward.

Oh my God, I canâ€™t even. Someone shoot me. I should definitely never write books and should probably just push papers for the rest of forever.

Step 3: Copy someone else

What I wanted to know was how to write well. How to structure my story. Not just the book, but a paragraph. A sentence.

So what if I just copied someone else? Just to try?

I opened the first page of one of my favorite memoirs, Eat, Pray, Love. Lucky for me, the first scene was about a kiss.

Elizabeth Gilbert starts her bestseller, â€œI wish Giovanni would kiss me. Oh, but there are so many reasons why this would be a terrible idea. To begin with, Giovanni is ten years younger than I am, and — like most Italian guys in their twenties — he still lives with his mother.â€�

I was sinking into the couch, surrounded by an array of other sweaty thirteen-year-olds, tugging at my shapeless T-shirt, praying someone would dare him to kiss me. It was just getting dark outside, the floor-to-ceiling windows, curtain-less, making me feel like we were alone, tension rising, in a cave.

While obviously not copied word for word or action for action, reading Liz Gilbertâ€™s lines about a kiss while thinking about my own put me smack dab into the head space I craved. A head space where I could more easily capture tone and rhythm and sensation. A head space I trusted to tell my story.

For weeks I did this, religiously opening my favorite books and copying their structure. If they started the book with a piece of dialogue, thatâ€™s what I did. If they started with an action, i.e. â€œHe swung his leg out of the bed,â€� so would I.

And thatâ€™s when the magic happened. Copying other writers only lasted a few minutes before I found myself mid-rampage, tearing through my story, able to tap into my own style.

So thatâ€™s what I did. I took it story by story, memory by memory… and I made progress. 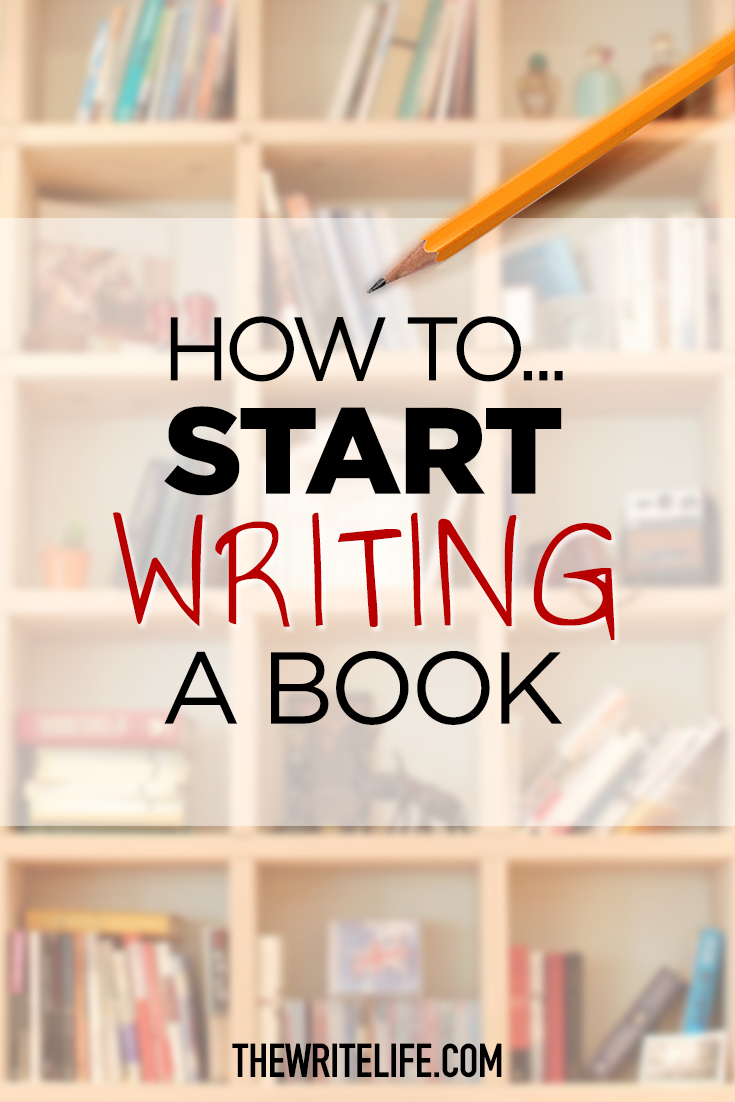 Step 4: Create a to-do list and use helpful tools

At the beginning, I was using Evernote to create a new note for every memory. I created one master notebook I called â€œTom Storiesâ€� and wrote a giant checklist of all the snippets, big or small, I could remember: our first kiss, my 16th birthday, learning how to drive, college fightsâ€¦

Every morning I would pick the memory that seemed most appealing and I would tell it as if I were writing a novel.

After while though, my brain scattered. Where was the kiss story again? I worked on it last week but itâ€™s gone now. While Evernoteâ€™s search function is great, I wanted to stop writing little snippets and start visualizing it as the book I wanted to write. Unfortunately, Evernote sorts by the date you last edited a note, and it was getting messy.

I did a bit of Googling and discovered Scrivener, a tool to help you organize not only your writing, but your notes and table of contents and research.

I downloaded their free trial and played around. Each Evernote file became a section in Scrivener, complete with a quick summary for each scene, so I could easily scan and organize.

It wasnâ€™t until I started using Scrivener that I finally felt like I was working toward something important and real. (Here’s The Write Life’s Scrivener review if you want more details on the tool.)

I still didn’t have the daily eight hours Stephen King thinks I should have, but heâ€™s right about one thing: Dedicating the time and energy into writing every day is the only way to get your story on paper.

But I had a day job, giving me maybe three hours, at the absolute maximum, to work on my book (never mind that I didn’t really have three hours because my brain was fried at the end of the day).

So every morning before work, instead of walking the dog (oops) or reading a book, I worked for a maximum of one hour on one story.

Sometimes a story took me 20 minutes. Sometimes I found myself going for hours. Most of the time I didnâ€™t want to start, but once I did, I was ecstatic that anything came out at all.

Step 6: Go where the story takes you

I hate this advice because itâ€™s like love — youâ€™ll know it when you find it — but itâ€™s impossible to anticipate.

That said, I took a memoir-writing class while working on one story in particular. I shared it with the class, and after the critique I realized it worked both as a chapter in my memoir as well as a stand-alone personal essay.

So I took a break from working on the book and spent almost two months perfecting this one essay. I hired an editor and had a big hairy dream of getting it published in the holy grail of personal essays, Modern Love.

To answer the question you’re about to ask…no. That essay never made it into the column. But I did eventually publish a different personal essay on parenting in the New York Times.

While I still have a lot to learn, I accomplished more with this book in three months than I ever expected. I created a daily habit, organized my work, and worked on small sections, which all added up to progress.

Have you written a book, especially a memoir? If you struggled to get started, what worked for you?

This is an updated version of a story that was previously published. We update our posts as often as possible to ensure theyâ€™re useful for our readers.

The post How to Start Writing a Book: A Peek Inside One Writerâ€™s Process appeared first on The Write Life.